Student Loan Forgiveness Application – How To Apply & What To Look After?

Student Loan Forgiveness Application – Borrowers will be able to request student loan forgiveness during the beta phase. Once the website is launched, those will be handled. Higher education analyst Mark Kantrowitz’s preview of the program earlier this week suggested a complete rollout may happen as soon as next week. You can access the application at StudentAid.gov.

The US Department of Education started the student debt forgiveness application’s beta testing on Friday evening. The portal appeared operational as of 8:45 p.m. ET on Friday, displaying a brief application and a button to submit it. According to The Washington Post, the gateway would be available intermittently throughout the beta test from where the news came out.

Who can apply, and what other information?

Everyone who asks for debt relief during the beta phase will get a confirmation email. Still, their request won’t be processed until the website officially starts, which is anticipated to happen before the end of October at a date that will be disclosed. Most qualified borrowers are expected to receive debt relief within weeks once processing starts.

To qualify, borrowers must have federally guaranteed student loans. Federal loans taken out by students and parents and federal Direct Loans used to pay for undergraduate degrees may also be eligible if the student satisfies the financial requirements.

Forgiveness of up to $10,000 of federal student loan debt is available to those who made less than $125,000 in either 2020 or 2021, married couples, or heads of households who made less than $250,000. The thresholds for income are determined by adjusted gross income.

An administration official told CNN in a phone interview that the technical team for the Department of Education will be monitoring site performance in real time and that the beta version of the website will have scheduled pauses.

In contrast, the team determines what improvements and tweaks are required. Another official added that “high spikes of demand” are anticipated. A beta pause will prompt anyone trying to submit their application to wait and try again.

Information about the debt relief program, who is eligible, and how it operates will be included on the application form. The application will request applicants’ full names, Social Security numbers, birth dates, phone numbers, and email addresses.

The beta website will be announced through email to prospective applicants who have already subscribed to updates on the student debt relief procedure. After the website is officially launched, the White House will start using its social media platforms to promote it. In the upcoming weeks, officials also want to brief online influencers and producers.

The “objective,” according to officials, is to start the debt relief processing before next January, when student loan payments will resume following a multi-year hiatus due to the Covid-19 outbreak.

Tips Before You Submit The Application

1.  No processing of requests for student loan forgiveness Not Yet

Although the application is valid, no request for student loan forgiveness will be handled now. In a court filing this month, the government stated that any bid would be processed and authorized before October 23.

Don’t worry if you can’t access the beta application; you still have until December 31, 2023, to do so. Although the Education Department has not given a specific date for when the more significant application will be available, it should happen later this month.

Additionally, the beta application may briefly stop working if there is a lot of traffic. Last night, some users had already reported issues. And as at the time of writing, the app is, in fact, momentarily unavailable. 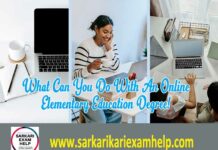 What Can You Do With An Online Elementary Education Degree! 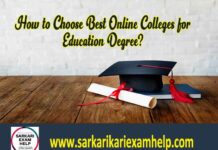 How to Choose Best Online Colleges for Education Degree? 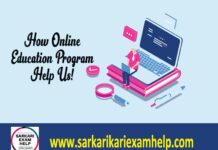 How Online Education Program Help Us! 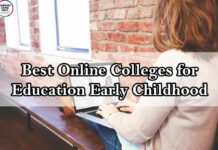