Lal Bahadur Shastri – He spent a brief period in jail as a member of Mahatma Gandhi’s non-cooperation movement against the British administration in India (1921). After his release, he continued his education at the nationalist Kashi Vidyapitha, where he gained the title of Shastri (literally, “versed in the scriptures”). He then entered politics again as a devotee of Gandhi, spent additional time in prison, and rose to important positions within the Congress Party in the United Provinces, now the state of Uttar Pradesh.

In Mughalsarai and Varanasi, Lal Bahadur Shastri attended East Central Railway Inter College. In 1926, he received his diploma from the Kashi Vidyapeeth. As part of the honour for his bachelor’s degree, Vidya Peeth gave him the title “Shastri,” which means “Scholar.” However, he began going by this name. Shastri had a significant impact on Mahatma Gandhi and Tilak.

He and Lalita Devi were married on May 16, 1928. As a life member, he joined the Lala Lajpat Rai-founded Servants of the People Society (Lok Sevak Mandal). There, he began to work for the advancement of the underprivileged. Subsequently, he rose to the position of President of that society.

Shastri Ji was appointed Parliamentary Secretary in U.P. when India gained its independence. In 1947, he also was appointed Minister of Transportation and Police. He had selected female conductors for the first time as transport ministers. He issued the directive for police to use water jets rather than lathis to calm anxious crowds because he was the minister in charge of the Police Department.

On January 11, 1966, Shastri Ji died of a heart attack. In 1966, he received a posthumous Bharat Ratna, India’s highest civilian honour. Lal Bahadur Shastri was regarded as a person of excellent moral character and intelligence.

He had enormous inner strength, was kind and humble, and spoke in terms the average person could understand. He was a man of vision who guided nations toward the advancement and was greatly influenced by Mahatma Gandhi’s teachings.

After being motivated by a patriotic and well-respected teacher named Nishkameshwar Prasad Mishra at Harish Chandra High School, Lal Bahadur Shastri developed an interest in the freedom fight. He began reading about its past and the writings of many famous people, like Swami Vivekananda, Mahatma Gandhi, and Annie Besant.

In January 1921, when he was in the tenth grade, Lal Bahadur Shastri attended a public gathering in Benares organized by Gandhi and Pandit Madan Mohan Malaviya.

The following day, Shastri left Harish Chandra High School in response to Mahatma Gandhi’s call for students to leave public schools and join the non-cooperation movement. Shastri then volunteered for the local Congress Party and actively participated in picketing and anti-government protests.

The entire Shastri family is still actively involved in shaping appropriate forums in India to support the development and expansion of the nation. They also continue to take part in social projects.

Lal Bahadur Shastri had more than 30 years of devotion behind him. Over the course of this time, he earned a reputation of exceptional integrity and talent. He was a man of the people who knew their language; he was modest, tolerant, and had immense inner confidence and integrity.

He was also a visionary and aimed leader who moved the nation ahead. Mahatma Gandhi’s political philosophies had a significant impact on Lal Bahadur Shastri. In a voice remarkably resembling his Master, he once declared, “Hard work is akin to prayer.” Lal Bahadur Shastri embodied the best of Indian culture in the straight legacy of Mahatma Gandhi. 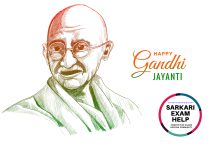 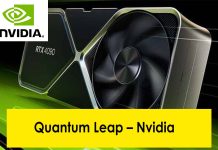